Mixbus uses an internal audio routing system to make audio connections between Mixbus, your sound I/O, and other parts of Mixbus.

With a new session, Mixbus makes these connections:

However it is possible to change any or all of these connections using buttons in the mixer strip, or Window->Audio Connections. 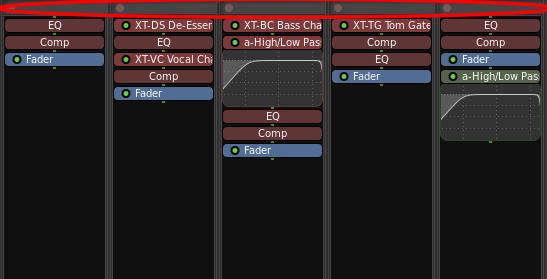 The same channel strips after its switch has been activated showing its redirect page.

A gif showing how to change the inputs of a channel

For convenience, the Master Bus has an “output” button on its redirect page, which can be used to select the ports that the master bus output will feed. Normally, you connect the Master Bus output to your audio interface outputs.

In the above image the master bus has both of its outputs connected to the audio interface 1/2 stereo output.

*Note: The redirect page may not display a connection until you select it from the menu. The redirect input and output points are provided as a quick way to override the current setting, not a method to see what the track is connected to.

The Audio Connections Manager window allows you to connect any output port to the track/bus input: 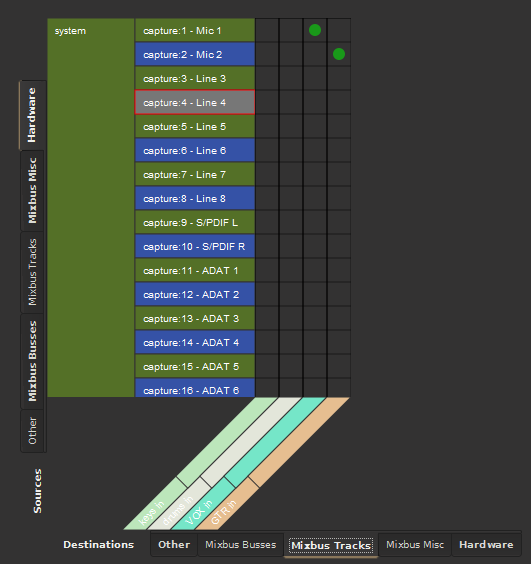 *Note: audio connections use a floating-point 32-bit format, which means that headroom is essentially unlimited. You don’t have to worry about “clipping” the sound when routing from one application to another. You may route a single output port to several inputs, and an input port can be routed from several different outputs (the summing of these signals is done automatically).

The image below shows the output of the Master bus. You can use the grid to connect the master bus to your speakers, and a stereo bounce track, and any other connections: 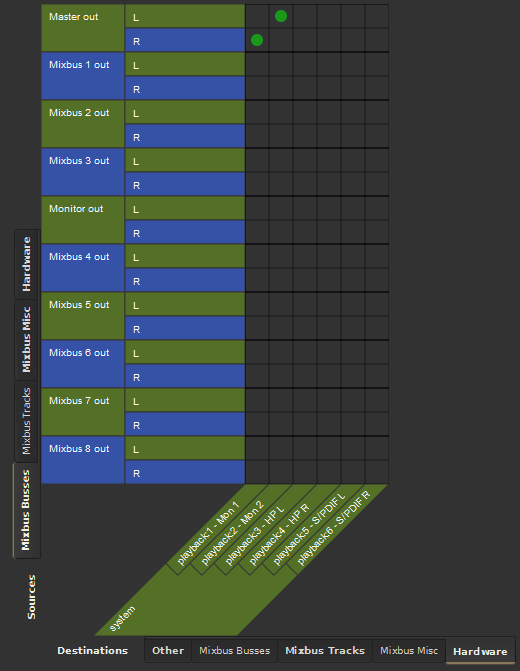